Many of you have probably already seen it, but I am currently obsessed with watching Riverdale on Netflix. I love it because it is dark, but weirdly fabulous at the same time. But what really stands out to me is the makeup seen on the show.

Riverdale´s makeup artist Erin Mackenzie did her job perfectly. I cannot express how happy it makes me when a show´s makeup looks do not only make the characters look good, but support their personality as well… and I don´t recall ever seeing a show with a better concept.

Consequently, I just had to recreate some of the main character´s makeup looks for you. Let´s become River Vixens! 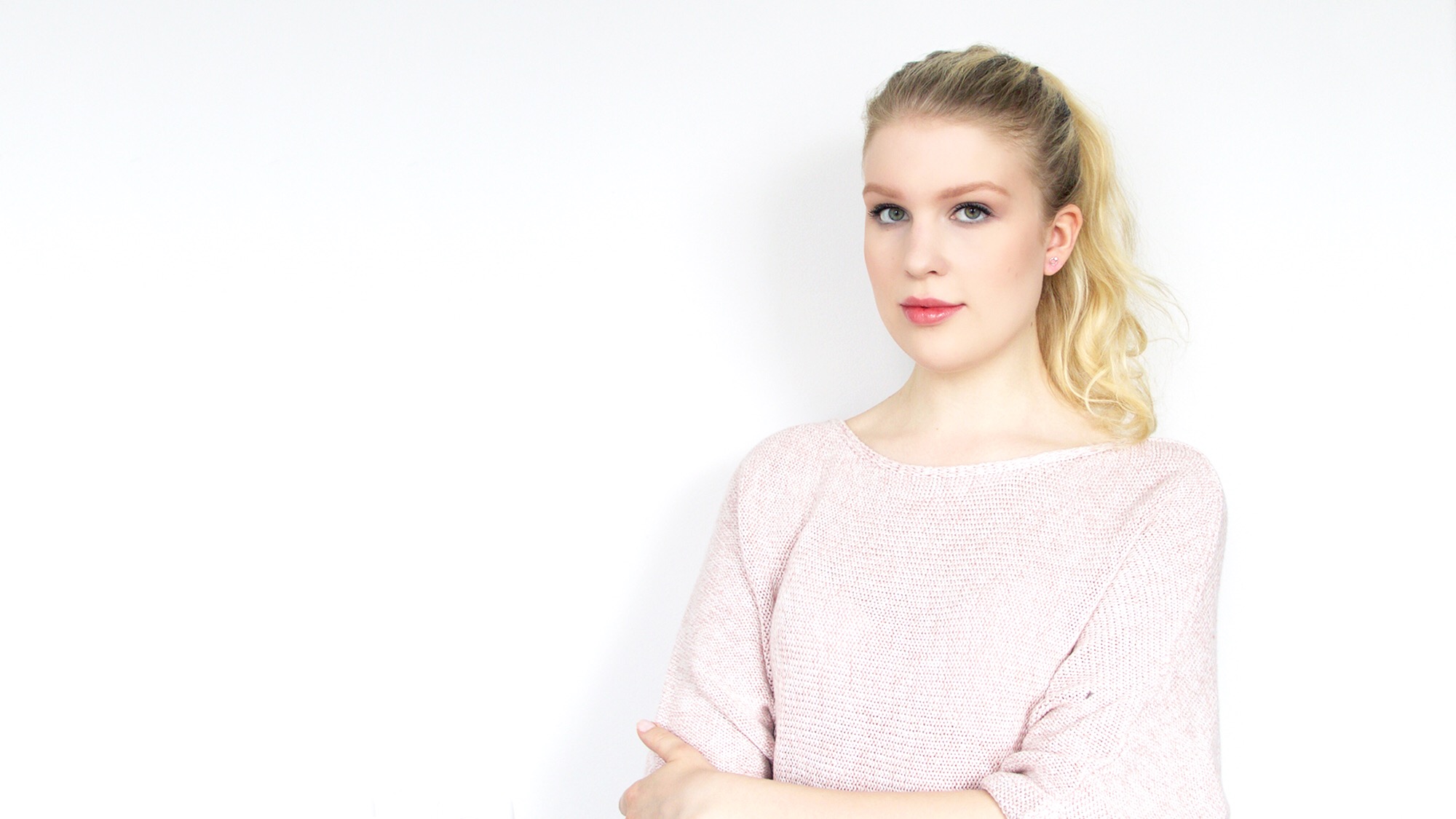 Betty (portrayed by Lili Reinhart) is one of the main characters. She has always been a stereotypical “good girl” – she is good in school, a cheerleader and passionately writes articles about the things she believes in. But during the series, she discovers her dark side.

The makeup look Erin Mackenzie went for compliments the image of Riverdale´s sweetheart. It is very light and soft and has subtle pink hues.

The focus of this makeup look lies on fresh and glowing skin. I used a pinkish blush and a little bit of illuminator to achieve this look.

The eyebrows are quite natural, but still tidy. I used some brow gel and then filled in the gaps with a taupe powder.

Having the face and the brows done, I put some light brown eyeshadow in the crease and under my eye and softly lined the upper lashline with black kajal. To make the eye appear rounder, which makes the face appear almost doll-like, I blended the kajal quite high up in the middle of the eyelid and did not blend it outwards too much. The nude eyeliner on the lower waterline completes the innocent looking eyes.

On the lips, I put a thin layer of a peachy pink lipgloss. 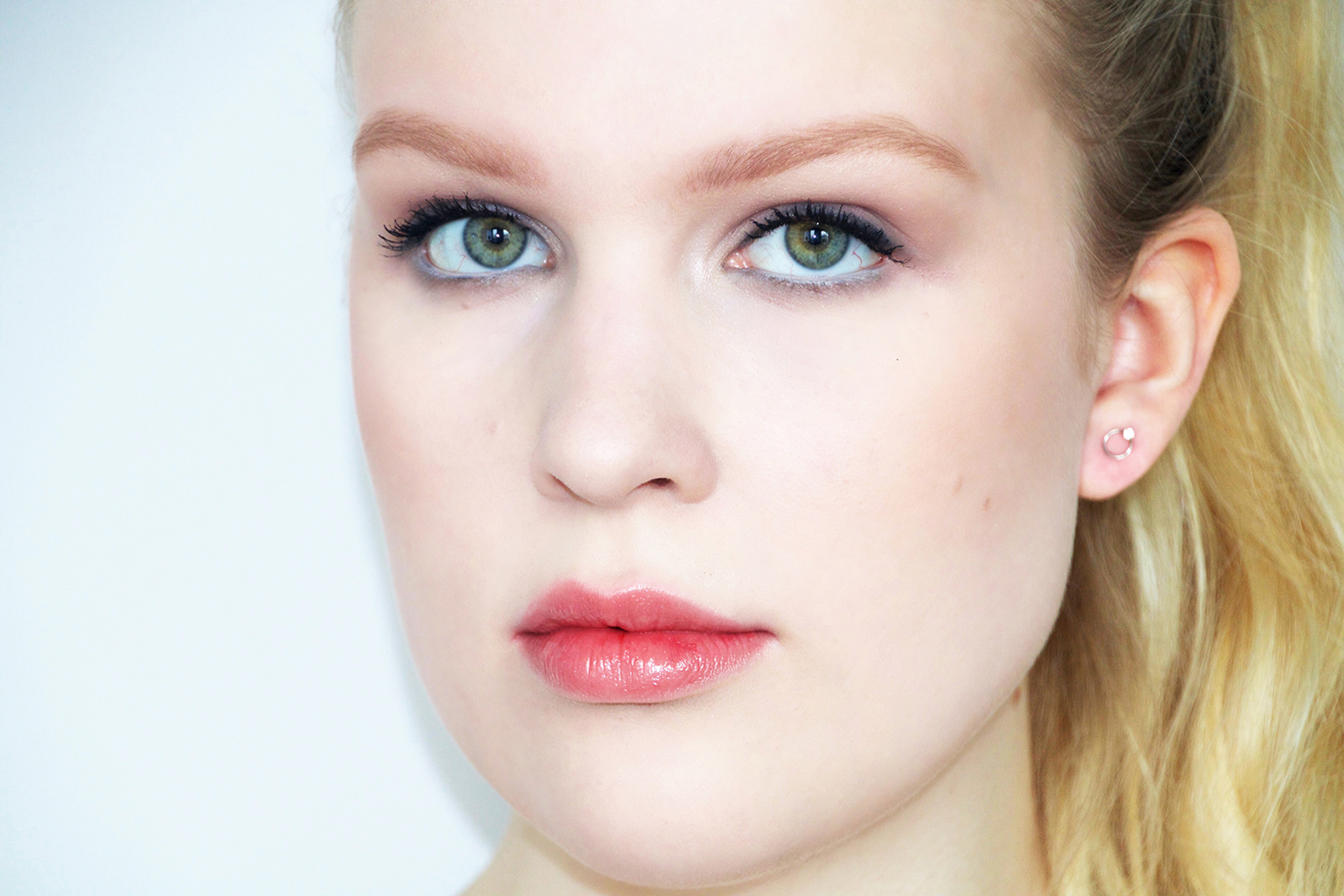 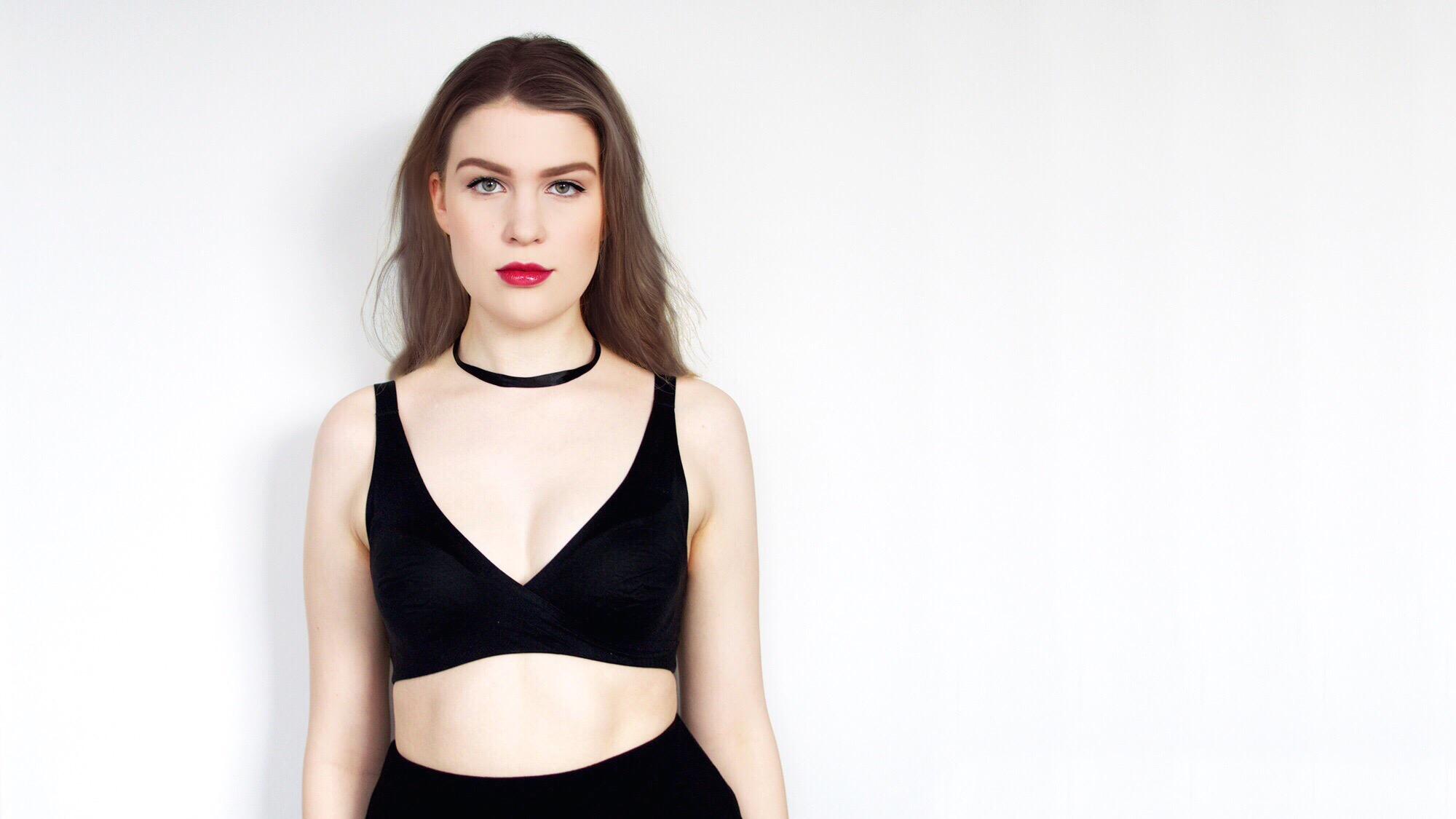 Veronica (portrayed by Camila Mendes) is Betty´s best friend. She moved to Riverdale from New York and sees that as a new beginning. The confident and intelligent River Vixen is trying to reinvent herself while creating some distance from her wealthy but criminal parents.

I consider Veronica a very strong woman. And her makeup reflects that. Her features are accented elegantly, but much harsher than Betty´s.

The base of the look is not quite as dewy, but also very light. I put on concealer and translucent powder and then chiseled my cheekbones with a quite earthy toned blush.

Camila Mendes naturally has black hair and eyebrows, so I tried to make mine as dark as possible and to really accentuate the arch of the brows.

On the eyelid and in the crease I blended out some taupe eyeshadow and then lined my upper lash line with a black eyeliner. I wanted to create a noticeable wing, but not go overboard with it. The lower lash line does not have any product on it.

Veronica´s lips are almost always emphasized with a lipstick or gloss with purple undertones. I decided to go for MAC Cosmetics “Rebel” with a clear gloss on top of it. I did not use any lipliner because I did not want it to be too harsh balancing out the heavy eye look. In fact, I only put lipstick onto the center of my lips and then blended it outwards. 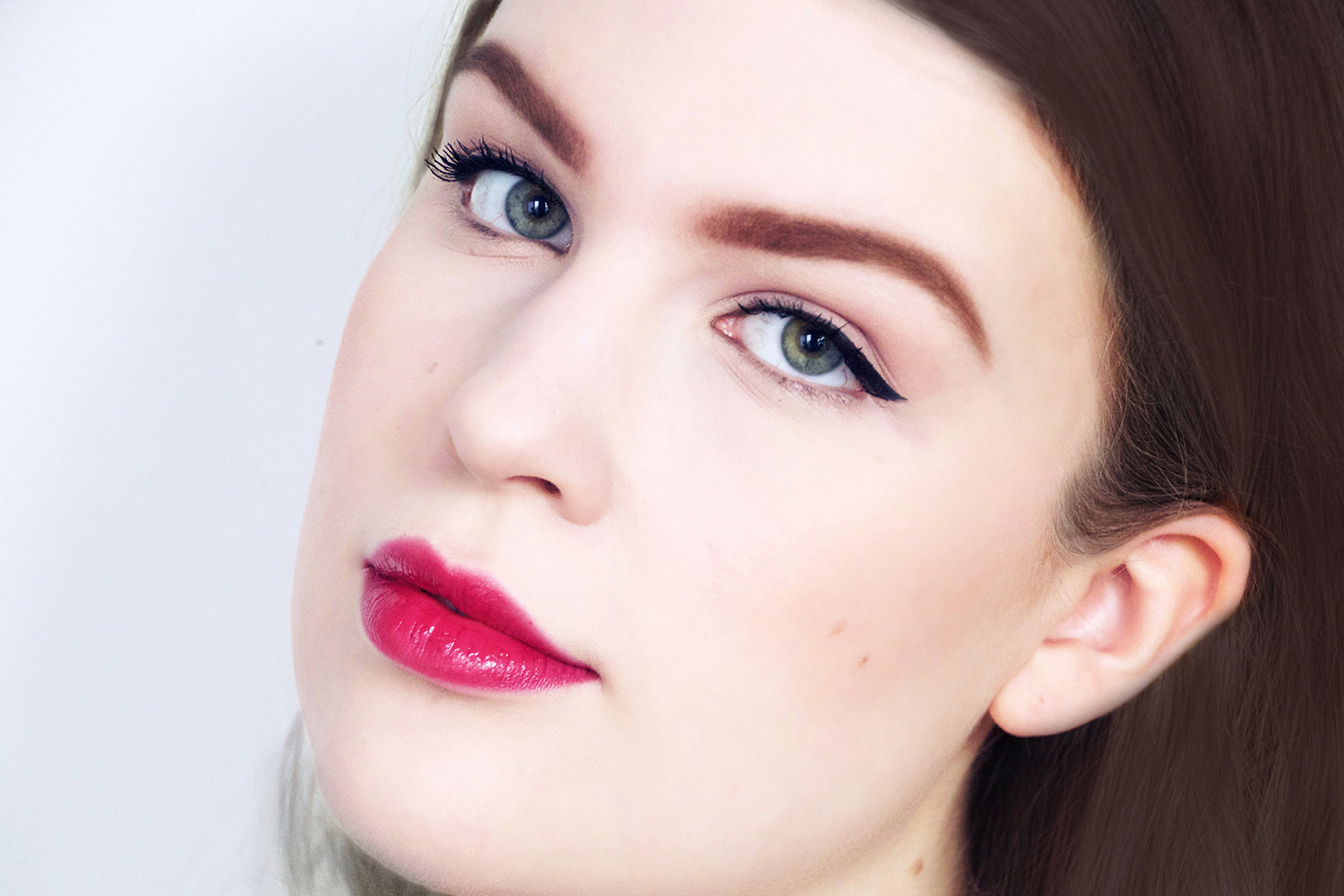 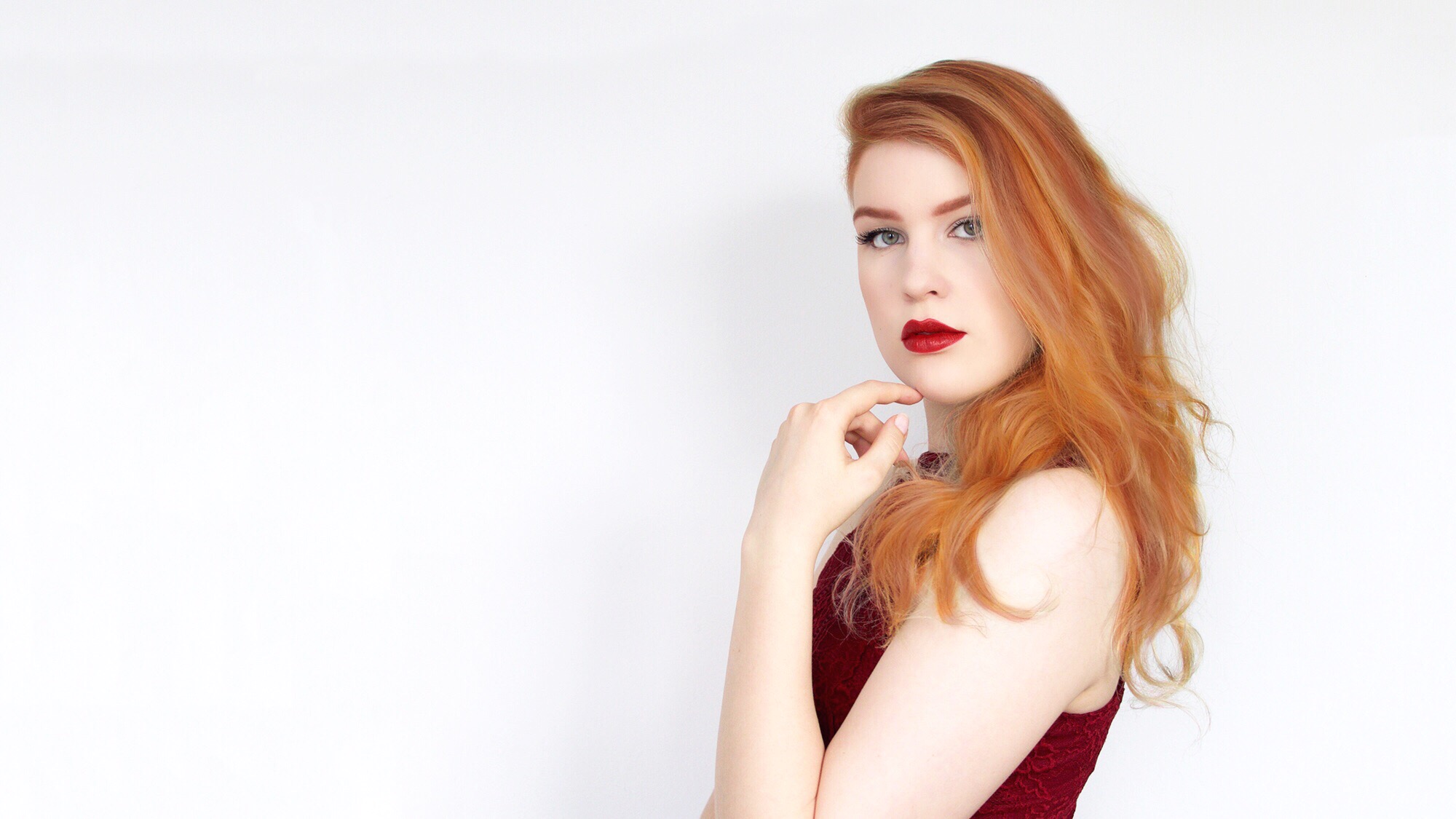 Cheryl Blossom (portrayed by Madelaine Petsch) is Riverdale High´s head cheerleader and sees herself as the Queen Bee coming from the wealthiest family in town. She is highly manipulative and known to kill with kindness.

Riverdale´s mean girl´s makeup reflects well how she sees and portrays herself. It is quite young-looking in general with exception of the big lashes and the iconic red lipstick, which are rather bold and sexy.

As the characters are portrayed as teenagers going to Highschool, the face makeup is quite light in general. This is also the case with Cheryl. I worked with illuminator, concealer and a peachy blush that I put quite low on my cheeks replacing a harsh contour.

Cheryl´s brows are quite flat, so I drew them in without accentuating the arch too much. In old Blossom family tradition, the color obviously had to be red.

The eyes are my favorite part. I defined the crease very lightly with a taupe color blended outwards. The goal for this look is to make the eyes appear very cat-like without being too dark, so I added a thin line of kajal that I also blended out. Of course, lashes for the outer corners are a must! 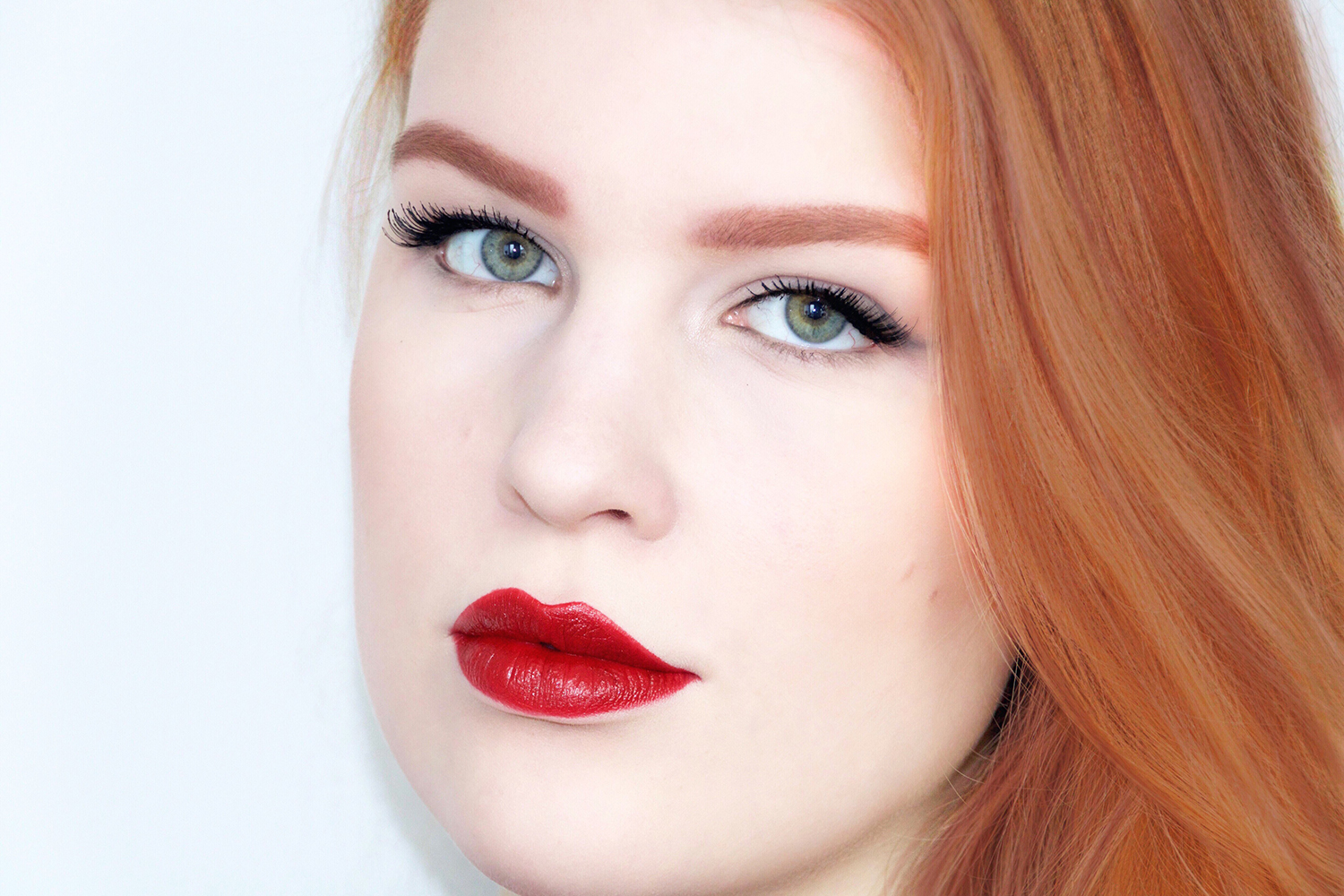 catch up with me